THE INDONESIAN KPK’S PERFECT RECORD COMES TO AN END

From the time it commenced operations in 2003, the Indonesian Commission for the Eradication of Corruption (“KPK”) had never lost a case. This excellent record was finally broken in 19 July 2019 when the Indonesian Supreme Court handed down Decision No. 1555 K/PID SUS/2019 concerning the actions of Syafruddin Arsyad Temenggung, a former head of the Indonesian Bank Restructuring Agency (“IBRA”).

Dissenting Opinions among members of panel of supreme court judges

The critical point in the case relates to the characterization of Syafruddin’s conduct. Indeed, not only did they disagree about whether Syafruddin’s actions had amounted to a crime; they did so even while agreeing that the accused had indeed committed the actions the prosecutor accused him of committing. Indeed, each member of the panel held a completely different opinion about the nature of Syafruddin’s actions: While the presiding Justice Salman Luthan ruled that Syafruddin had committed a criminal offense, Justice Syamsul Rakan Chaniago found that Syafruddin’s actions fell within the realm of civil law, and Justice Mohamad Askin ruled that the accused’s actions were based on his authority as the chairman of IBRA and therefore a matter of administrative law.

Sjamsul Nursalim and his wife have also been named as suspects by KPK, and although they already left the country, their lawyers are fighting very hard to prevent their clients from being tried in absentia before the anti-corruption court. It will be interesting to see what impact the Supreme Court’s decision in Syafruddin’s case might have on the KPK’s ability to prosecute Nursalim and his wife.

Business judgment should not be prosecuted

In any event, the Supreme Court decision is also an important reminder to the KPK to draw clear distinctions between actions which incur civil liability, administrative liability, or criminal liability before prosecuting government officials for alleged corruption. Most importantly, if the alleged state financial loss is related to the business judgment of the members of the board of directors of a state-owned enterprise, the existence of mens rea must be proven prior to prosecuting those directors. Otherwise, it might deter many boards of many state-owned enterprises from making commercial decisions in the future, which, in the aggregate and over the long run, could lead to a loss of competitiveness in the global economy. 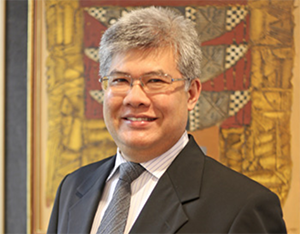 Stefanus Haryanto is one of the founding partners of Adnan Kelana Haryanto & Hermanto, an Indonesian law firm with offices in Jakarta and Batam Island. He was a lecturer at the Faculty of Law at Parahyangan Catholic University for 13 years, before entering into private practice in Jakarta. As a lecturer, he taught Indonesian jurisprudence, logic for lawyers, alternative dispute resolution and environmental law.