1 . The Belt Road Initiative stands tall as the largest transcontinental infrastructure program the world as ever seen. Cutting across 68 nations and linking together three continents by land and sea,1 the BRI is a revival of the ancient trade network, the Silk Roads that drove economic growth and development in Asia. This ancient trade route was the precursor for globalization even before our lexicon had a word for the same.

2.  The BRI is undoubtedly an outward-bound fiscal project. It is both a means to create export markets for Chinese domestic firms, and a means to create economic and social advantages for participating countries using Chinese funds.

3.  Presently, the BRI is an informal network of states agreeing to participate in the initiative by way of non-binding Memorandums of Understanding.2 For some of the participating countries, the MOU may be the only document evincing their participation.
4.  The informal network of MOUs is operationalized by the binding contracts between Chinese State-owned entities or Chinese private firms and the participating countries. As such, the only protection that is available to these countries is through dispute resolution mechanisms in these contracts.

5.  The risks that are inherent to the BRI are those normally present in any cross-border investment programme. For instance, political changes, government interference, and withdrawal of contracts are some of the risks any investor country faces.3 However, with respect to the BRI, the risk faced by China and Chinese investors is compounded due to the ambitiousness of the BRI.

6.  Given the grand scale and scope of the projects, investors in BRI projects must enter into a mosaic of contracts to hedge their potential losses and allocate risks. At the very least, each project will have two fundamental sets of contracts: Firstly, performance agreements to construct infrastructure and secondly, the financing agreements that provide capital to enable the fulfilment of the obligations under the performance agreements. The counterparties to this collective of contracts, which the BRI investor may have to enter into with, include local and supranational financial institutions, local suppliers, service providers and contractors. Each contract invariably adds to the overall risk that China faces.
7.  The risk of investing across multiple jurisdictions when combined with the individual risks of each investment create a situation where Chinese investors and State-linked entities carry significantly more risk relative to the host countries participating in the BRI.

8.  To protect their interest, Chinese investors may wish to litigate or arbitrate in fora located in mainland China. However, this may prove too difficult to sell to the participating countries, which may prefer a more neutral jurisdiction. To ensure that goodwill is not eroded, it is imperative that parties choose a mode and forum of dispute resolution that caters to the needs of all parties.

9.  Many BRI projects span across multiple jurisdictions and therefore enforcement of judgments and awards across these jurisdictions is a pertinent concern. Furthermore, given the size and complexity of the BRI, the subject matter of a BRI dispute may at times be very technical. Therefore, it would be necessary for people with the requisite expertise to adjudicate on a dispute.

10.  In light of the above, arbitration has been touted as the preferred form of dispute resolution as it is generally considered to be a faster means of dispute resolution, and arbitration awards are easier to enforce by virtue of the New York Convention 1958. Moreover, where the subject matter of the dispute is highly specialized, parties may appoint arbitrators with the necessary degree of expertise.
11.  In recognition of this, many of the arbitration centers are ramping up their efforts to cater to disputes arising out of the BRI. The Singapore International Arbitration Centre (“SIAC”) can be counted amongst this group.

12.  Singapore’s unique selling proposition as an arbitration hub stems from a multivariate set of factors, which has forged the city-state into a legal, financial and maritime hub. This set comprises of legal and non-legal factors that are crucial to Singapore’s prospective role as an arbitration forum.

13.  As a preliminary point, it must be noted that parties to a BRI contract may not wish to arbitrate in their country’s jurisdiction under a contract governed by Chinese law as the jurisdiction may not recognise arbitration as a mode of dispute resolution. This affects enforceability of the contractual obligations of the parties to the contract. Therefore, parties must choose a jurisdiction that is arbitration friendly.

14.  Singapore fits the bill perfectly. In recent times, the Singapore Courts, by way of their judgments, have highlighted their pro-arbitration stance. In Promethus Marine Pte Ltd v King Ann Rita and another4, the Court of Appeal upheld a high threshold for the setting aside of an arbitration award and by doing so reiterated the principle of minimal court interference in arbitration proceedings.

17.  Many of the countries participating in the BRI, including Chinaand Singapore, are signatories to the Convention. Hence, an award from an arbitration tribunal in Singapore will be recognised and enforced in another Convention state. This reduces the risks faced by parties in recovering their funds when enforcing awards.

18.  Although the Convention minimises the risks underlying the enforcement of awards, parties to BRI contracts must be cognisant of the legal costs that will be incurred on the path to successful enforcement. Considering the high costs, parties may attempt to allocate the risk by turning to third-party funding to ameliorate the costs of recovery.

19.  Singapore has recognised the need for such financing and has accordingly allowed third-party funding, with respect to international arbitration. Singapore’s decision to do so recognises that third-party funding has a role to play as it prevents companies from being precluded from arbitration due to a lack of funds. It also transfers the high cost and risk of pursuing a claim off the financial statements of the company, and on to the financier.

20.  The risks of resolving disputes arising out of a BRI are two-fold: having to resolve the dispute in less favourable host country courts and not being unable to enforce an award. These risks can be minimised at the outset by including arbitration and choice of law clauses in the contract, ensuring that the agreement provides for disputes to be resolved by an arbitration institution.

21.  Singapore is a neutral and impartial jurisdiction, and as mentioned above, arbitration awards by the SIAC may be enforced in other BRI nations by virtue of the application of the New York Convention. The SIAC has specific arbitration clauses and administers arbitration rules to deal with commercial disputes. Parties may include the SIAC arbitration clause in their contracts, which would allow them to minimize the aforementioned risks by way of contractual agreement.

22.  Singapore maintains an independent legal system based on common law. It has established itself has having a reputation for neutrality. It is also an attractive option for parties due to its geographical proximity to many countries along the Belt and Road. Singapore’s expertise lies in its experience and development in professional service domains, including law, finance and technology, making it a premier arbitration forum.

23.  Singapore’s competitive advantage is further augmented by its dogged adherence to the rule of law that ensures certainty–a quality invariably needed for investors of BRI projects.

24.  Taken collectively,the legal and non-legal facets of the SIAC and Singapore places the jurisdiction at the forefront for arbitration for both Chinese and non-Chinese parties of the BRI. Singapore’s continually evolving legislative framework and introduction of innovative legal devices drive its growth as a forward-looking leader in the arbitration space. As such, Singapore is well on its way to become a centre of arbitration for BRI disputes. 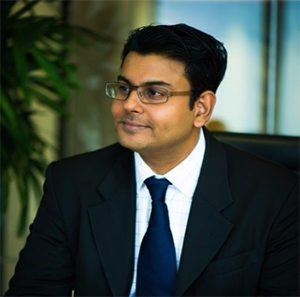 With two decades of experience, Peter has built an extensive practice specializing in shipping, maritime law, complex litigation, and arbitration. He has been consistently ranked as a leading lawyer in various directories.