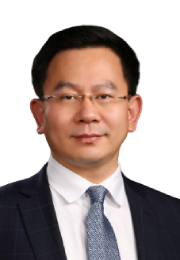 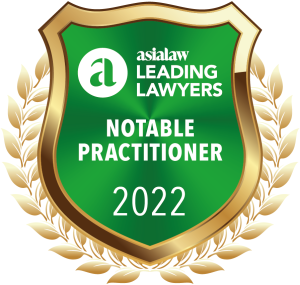 Mr. Xiangwen Liu is a senior partner at Zhong Lun Law Firm and the Head of the firm’s Regulatory Compliance Department. Mr. Liu concentrates his practice on litigation & arbitration and regulatory compliance.

Mr. Liu was awarded Top Ten Lawyers Who Studied Abroad And Practice In Beijing. Because of his outstanding performance in cross-border dispute resolution and major commercial disputes, Mr. Liu has been widely recommended and highly recognized by international legal rating agencies including Legal Band, Benchmark Litigation, Chambers, and The Legal 500. Mr. Liu was selected as the Leading Lawyer for Handling Foreign-Related Affairs by Ministry of Justice of P.R. China and the Leading Lawyer for Cross-border Belt and Road Projects by Chinese Bar Association, and led and participated in writing Legal Environment Report of the “Belt and Road” Countries. Mr. Liu currently serves as the legal counsel for Ministry of Justice of P.R. China on international affairs.

Mr. Liu has practiced as a lawyer since January 2005. He was a senior partner and council member of the Beijing headquarter of King & Wood Mallesons. He Joined Zhong Lun Law Firm in July 2016 and is currently the senior partner of the firm's Beijing headquarter. During his work as a lawyer, he participated in the writing of Practical Guide for the Construction of a Comprehensive Compliance System for Chinese Enterprises, Planning and Response to Corporate Litigation, China Anti-Commercial Bribery Guide (Chinese and English versions), Medicine and Law--China's Pharmaceutical and Health Industry Legal Service and Practice Guide and many other legal works.

From 1997 to the end of 2004, Mr. Liu served on the Legislative Affairs Commission of the Standing Committee of the National People’s Congress, where he was mainly engaged in legislative study. He participated in the legislative studies in many areas of law including the Trust Law, the Company Law, and the Securities Law. In addition, he participated in the translation and editing of many legal works including Laws and Regulations of the People's Republic of China (English Edition) Volume 1979-2004, Guide to China Securities Law, Introduction to Hong Kong Basic Law, and Privacy Law of the United States.