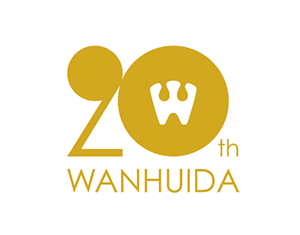 In March 2018, the trade mark office announced its intention to revise the trade mark law and invited the public to make comments and suggestions. The period for such contribution lasted until the end of June.

Following up on this, Wanhuida sent its views concerning the law revision to the trade mark office. This analysis was divided into three parts, which may be summarised as follows: (1) the number of trade mark applications is abnormally high with too many trade marks filed, mostly for the wrong reasons; (2) over the years, the Supreme People’s Court has issued interpretations and judgments that have directly impacted the practice of trade mark law, some of them are positive and should be introduced in the future revision, while others have had a negative impact and should be rectified; (3) and finally, a few practical issues could be clarified.

A year later, for reasons perhaps related to trade negotiations between the United States and China, the trade mark law was rapidly revised without public consultation. This revision, which is relatively limited, has two main objectives:  address the problem caused by trade mark applications made in bad faith and without intention to use (refusing their registration and sanctioning abuses); and increase the powers of the courts in judicial enforcement (statutory damages, punitive damages and destruction of counterfeit goods).

A lot remains to be done, however, which will be the objective of the fifth revision of the trade mark law.

Proliferation of unused trade marks
The revocation of unused trade marks should be facilitated. This would progressively contribute to make the filing of trade marks, for the sake of their accumulation, less attractive. For example, if the National Intellectual Property Administration (CNIPA) would allow the evidence of use submitted by a trade mark registrant to be crossexamined by the party who filed the non-use revocation application, such a simple procedural change could have a significant impact on the duration of the whole procedure. Furthermore, where a trade mark application is refused ex officio by CNIPA and the applicant files an application for review, CNIPA may invite the owner(s) of the prior cited trade mark(s)—if they have been registered for more than three years—and request it/them to submit evidence of use. If the cited mark(s) is/are not used, then, the refused trade mark should be accepted. Last but not least, the time limit to submit the use evidence, which could of course be extended upon request, should be strictly respected. If a trade mark registrant does not submit any evidence of use in due time, the revocation should be absolutely final, without possibility of review or appeal.

Positive trends in the Supreme People’s Court interpretations and case law
Some of these interpretations or judgments had a very beneficial impact on the protection of trade marks.

For example, according to article 13.2 of the law, a well-known unregistered trade mark can obtain the refusal, or invalidation, or cessation of use of an identical or similar sign, but nothing is said about obtaining damages. This has been rectified by case law: there are no more obstacles for a well-known trade mark acting on the basis of article 13, to obtain damages in case of infringement.

Likewise, court decisions accept, more and more, the possibility to obtain protection based on the well-known status, even if the conflicting trade mark is used on same or similar goods, which means that a likelihood of confusion is not necessary: a risk of “association” is sufficient. These positive changes could be clearly inserted in the future revised law.

Some negative impressions raised by the Supreme People’s Court interpretations
The future revision of the law will also be an opportunity to revise some concepts that had been established at the very beginning of trade mark legislation in 1982 that had never been put to question.

The background of these SPC interpretations can be found in the wording of the trade mark law (articles 3 and 56), namely in the words “exclusive right to use a trademark”. This is where the fundamental error is. It suffices to compare this wording with the equivalent in the TRIPS agreement (article 16.1): “The owner of a registered trademark shall have the right to prevent all third parties…”. “Right to use” implies that the registration confers a positive right whereas “right to prevent” constitutes a negative right. As a matter of fact, there is no such thing as a right to use a trade mark and a business operator does need to obtain an authorisation to use a distinctive sign. The registration only grants the right to prevent others from using the same or a similar sign.

This error, which dates back to the first version of the law, is the reason why the SPC issued the abovementioned restrictions. These restrictions are in contradiction with the last sentence of article 16.1 of TRIPS: “The rights above shall not prejudice any existing prior right…”. They are even in contradiction with the rest of the interpretation in 2008. The SPC provides that prior copyright, design or enterprise names are not subject to the restriction imposed on prior trade marks, which makes such restriction all the more unjustified. Why should a copyright, a design and an enterprise name be better protected than a prior registered trade mark?

It seems, therefore, that the 2008 and 2009 SPC restrictions were made as a sort of compromise with the trade mark office (CTMO). Indeed, the CTMO’s argument was that, since trade mark applications are subject to an ex officio examination of their availability, if the mark is approved, this implies the absence of prior trade marks, hence the granting of a “right to use”.

This apparently logical argument overlooks an important procedural detail. Firstly, the trade mark approved by the CTMO is subject to oppositions by third parties, which means that the approval is not equivalent to an authorisation. Furthermore, even if the opposed trade mark becomes automatically registered after the opposition fails (as provided in the 2013 revision of the law), the opponent may still file an application for invalidation. Actually, before the 2013 revision, a negative CTMO decision on the opposition was subject to review before the Trademark Review and Adjudication Board (TRAB) and eventually the courts. Therefore, the “target” trade mark was still not registered, and it was possible for the prior trade mark owner to take legal action aiming to prevent its use. However, since the revision of 2013, when the opposition fails, the opposed trade mark becomes registered, and the prior right owner seeking to sue this later registered trade mark is faced with the obstacles raised by the SPC in its Interpretations of 2008 and 2009.

So, it is necessary to prescribe in the trade mark law that, in any case, the “exclusive right to use” (if such wording is maintained) is conferred by the registration without prejudice to any prior right, including a registered trade mark. Alternatively the law should modify its wording and replace the terms “right to use” by “right to prevent others…”.

Today, article 7 is only considered a “general principle” and may not serve as an independent legal ground for legal action.

This “self-imposed” restriction has no justification. In fact, nothing in the law prevents CNIPA or the courts from accepting a case based on article 7. Actually, article 30 of the law provides, not only, for the refusal of trade marks that are identical or similar to prior registered or applied trade marks, but also, in very general terms, for the refusal of trade marks that do “not conform to the provisions of this law…”. Therefore, a trade mark filed or used in bad faith should be considered as not conforming to the provisions of the law. It should be possible to oppose a trade mark application or apply for the invalidation of a registered trade mark on the sole basis that it has been filed, or is being used, in bad faith.

No legal right should be allowed to survive bad faith. As the Old Romans used to say: “fraus omnia corrumpit”, fraud corrupts everything. 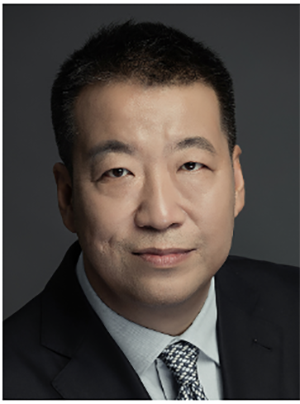 BAI Gang is a prominent figure in China’s intellectual property market. He is a veteran intellectual property counsel who has been representing clients in their prosecution, enforcement and litigation interests in China since the 1990s. He has been leading the firm’s practice groups in obtaining landmark decisions, delivering astute, reliable and effectual legal solutions for clients in their high-profile cases, contributing to the nation’s IPR legislative progress and helping to mold industry standards. Some of Gang’s recent publications include: “China’s 2018 National Intellectual Property Action Plan” (INTA Bulletin Vol. 74 No. 1, January 15, 2019); “Regulations Clarify Role of New Agencies Following China’s IP Institutional Reform” (INTA Bulletin Vol. 73 No. 19, November 1, 2018); and “The Outlook for IP and Brand Owners in the Context of China’s Institutional Reform” (INTA Bulletin Vol. 73 No. 8, May 1, 2018, Co-author). He is a member of INTA’s board of directors. 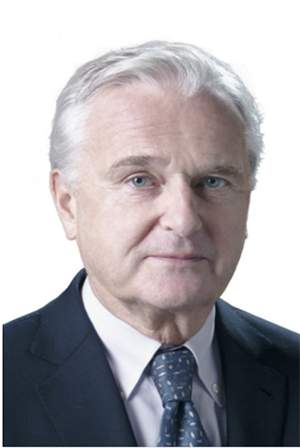 Paul Ranjard is a French lawyer based in China since 1997. Since that date, he has been representing the French association Union des Fabricants (Unifab) in China for the protection of intellectual property. Since the creation of the European Chamber of Commerce, he has participated in the IP Working Group, drafting the EUCCC IP Position Papers and the comments submitted by the Chamber concerning drafts of IP legislation. Paul is a prolific writer. He has been taking a keen interest in the legislative progress of Chinese IP laws and regulations, from both an academic and practical perspective. He has been active in facilitating and organising platforms for discussion and communicating with authorities responsible for policy development. He was elected member of the China Trademark Office Subcommittee of the Trademark Office Practices Committee (TOPC) of the International Trademark Association (INTA) for the 2014/15 term. He is a member of the geographical indications team in the association MARQUES.