The major concern of the inventions involving usage of radioactive material is that it faces a section 4 patentability road block. Such cases are invariably subjected to objections/ rejections at the Indian Patent Office (IPO). Even in cases where such substances are used in minor quantity or as catalysts (for example application number 8129/DELNP/2013) or simply constitute one of the components of diagnostic kit or a catalyst composition, their patentability is questioned. As per the notification of the Department of Atomic Energy (DAE) issued in the Gazette of India on April, 2016 and July, 2019, Prescribed Substances, Prescribed Equipment and Technology as defined in clauses (f) and (g) of sub-section (1) of Section 2 of the Atomic Energy Act, 1962 are appended based on categorization of the different elements with respect to their nature and % amount present in the form of metal, its alloys, compounds, manufactures thereof, waste or scrap of any of the foregoing. Thus, based on the Gazette notification, it is clear that in order to be considered for non-patentability under section 4 of The Patents Act 1970, an invention should not only refer to the presence of a nuclear material (prescribed substance or radioactive substance) in the working of the claimed composition or method, but the amount of the same should be greater than the prescribed safe limit as per the Gazette notification. Such an issue mostly arises in case of patent applications related to medicinal uses and Research & Development (R &D) involving radioactive substances where there had been varied objections under section 4 from the Indian Patent office and the Department of Atomic Energy. According to office order no. CG/F/4/27/2006/225 dated March 30, 2006 of CGPDTM “if the prescribed materials are used for reactors, or have nuclear related dual-use, then such materials may be prohibited” and if the subject matter does not refer to such nuclear reactions the invention does not fall under the purview of section 4.

Despite the Department of Atomic Energy (DAE) issued standard guidelines on updation of list of prescribed substances, prescribed equipment and technology under Atomic Energy Act 1962 dated April 28, 2016 with respect to usage of radioactive substances for non-reactive purposes and the permissible limits for such usages; the IPO continues to refer such applications to DAE for it directions.

IPO Manual and section 4
The Chapter 3 of the revised Manual of Patent Office Practice and Procedure Version 3.0, 2019 states that every application for a patent at the IPO is screened with respect to the technical field of the invention and its relevance to defence or atomic energy. At times, the objections under section 4 are often raised at a much later stage of prosecution. Many times, considering the involvement of atomic energy, the Controllers find such inventions to be relevant for defence purposes and impose secrecy directions before referring such applications to Department of Atomic Energy (DAE), seeking directions from DAE. It has been observed that even in applications/inventions which use radioactive substances in minor non-prohibited amounts and that too in a non-atomic use, the applications are being referred to DAE at later stages of prosecution and unless a reply is received from DAE, the further prosecution of application is put on hold, thereby delaying the grant or refusal of a patent.

From Patents Act and the Manual of Patent Office as issued by IPO, it is clear that the patent office has a well-defined provision for examination of an invention under section 4 whereby an application relating to use of radioactive reactants is referred to the Central Government for consideration and issue of subsequent direction to the Controller which is final and is not open to an appeal. Thus, it is expected that for an invention related to atomic energy, an objection with respect to non-patentability of the invention under section 4 of The Patents Act, 1970 shall be addressed at the time of initial screening of the application or before issuance of FER for the respective application. However, it has been observed that in many cases although no objection under section 4 had been raised till the issuance of the First Examination Report (for example application number 4361/MUM/2015) but the same is raised after submission of the response to the First Examination Report and subsequent referral of the application to the Department of atomic Energy delays the decision on the patent application.

In one such application related to lead-free piezoelectric ceramic composition, objection under section 4 has been issued based on the presence of alkali niobate/tantalite perovskite oxide in the claimed composition. Thus, in said application, the radioactive substance was not involved in any nuclear reaction and hence an objection under section 4 with subsequent referral of the application to DAE was not significant for the present matter and inadvertently delayed the grant of the patent.

Additionally, objections under section 4,are issued for most of the inventions relating to use of any of the prescribed substance or radioactive substance as defined under section 2(1)(g) and 2(1)(i) of the Atomic Energy Act, 1962 for scrutiny by the Department of Atomic Energy irrespective of the % amount of the component elements.

In one such Patent Application, the usage of elements involving Zirconium and Titanium was objected under Section 4 in the issued Hearing notice as the referred elements had been notified as 'radioactive substance' by the Department of atomic Energy. The applicant contended such a notification based on deletion of the corresponding elements which led Department of Atomic Energy to subsequently withdraw the objection. However, with respect to applications claiming any pharmaceutical composition comprising any of the elements objected under section 4 wherein the invention relates to any diagnostic method or diagnostic kit, it is not possible to simply amend the application based on deletion of the objected elements as the presence of the radioactive substance constitutes the main feature of the invention related to diagnostic application. In such cases, before raising any objection under section 4, reference is required to be made to the gazette notification related to the permissible limit of the elements as published by the Department of Atomic Energy and subsequently accepted by IPO (CG/F/4/27/2006/225 dated March 30, 2006).

In one case, a national phase patent application had been filed with IPO relating to novel folate conjugates and corresponding metal-chelate complexes and pharmaceutical compositions thereof for use in diagnostic, therapeutic, and medical applications which involves diagnostic imaging and radiotherapy. The application though granted in most of the other major jurisdictions, the same had been objected in India as being non patentable under section 4 based on the usage of radioactive substances. Despite of substantive efforts of the Applicant to indicate that the invention had no relevance or use in the field of atomic energy or radioactive reaction and only dealt with the use of the radioactive substances for diagnostic purposes, the application (3155/KOLNP/2009) was refused based on the combined decision of the Indian Patent Office and the Department of Atomic Energy, whereby DAE stated: “the instant application relates to Atomic Energy and hence be refused”.

On the other hand, some of the Applications that refer to the involvement of radioactive elements in the working of the invention had been granted without any objection under section 4 based on the fact that mere presence of a radioactive element does not render an invention to be non-patentable under section 4 of the Patents Act, 1970 but consideration is given to the usage of the same invention [examples include IN297192 (refers to the use of niobium), IN281044 (referring to the use of nobiumsulfoxides), IN253462(relating to Niobium-doped vanadium/phosphorus mixed oxide catalyst) and many more].

Conclusion
It is pertinent to note that all inventions related to using the radioactive elements in the subject matter may not fall under the purview of section 4 of the Patents Act (Section 20(1) of The Atomic Energy Act, 1962). However, more clarity is necessary to exclude such cases where the dual use or the primary use of “prescribed substance or radioactive substance” is not for atomic energy purpose. In particular, the inventions relating to the use of radioactive elements for diagnostic purposes or use of the prescribed substances in catalyst compositions, some leverage should be given to consider them as patent eligible. A well defined and predictable procedure for assessment of patent applications involving use of radioactive elements could resolve the dual use cases so that a clear demarcation regarding patent eligibility of dual use radioactive materials or its inclusion within the purview of section 4 can be ascertained beforehand.

The onus is on the part of the Applicant to prove that the invention cannot be considered to be within the scope of section 4 of The Patents Act. However, viewing the objections raised by the Indian Patent Office and the outcome of such objections, it has been observed that by raising objections under section 4 for inventions that refer merely to non-reactive usage of the radioactive substances and that too at a much later stage of prosecution inadvertently delay the decision on the patent application. Thus, it is suggested that a streamline procedure for proper assessment of patent applications with respect to presence of radioactive elements needs to be provided by the patent office. This would help to avoid last minute objections relating to applicability of section 4 in cases involving dual use or otherwise. 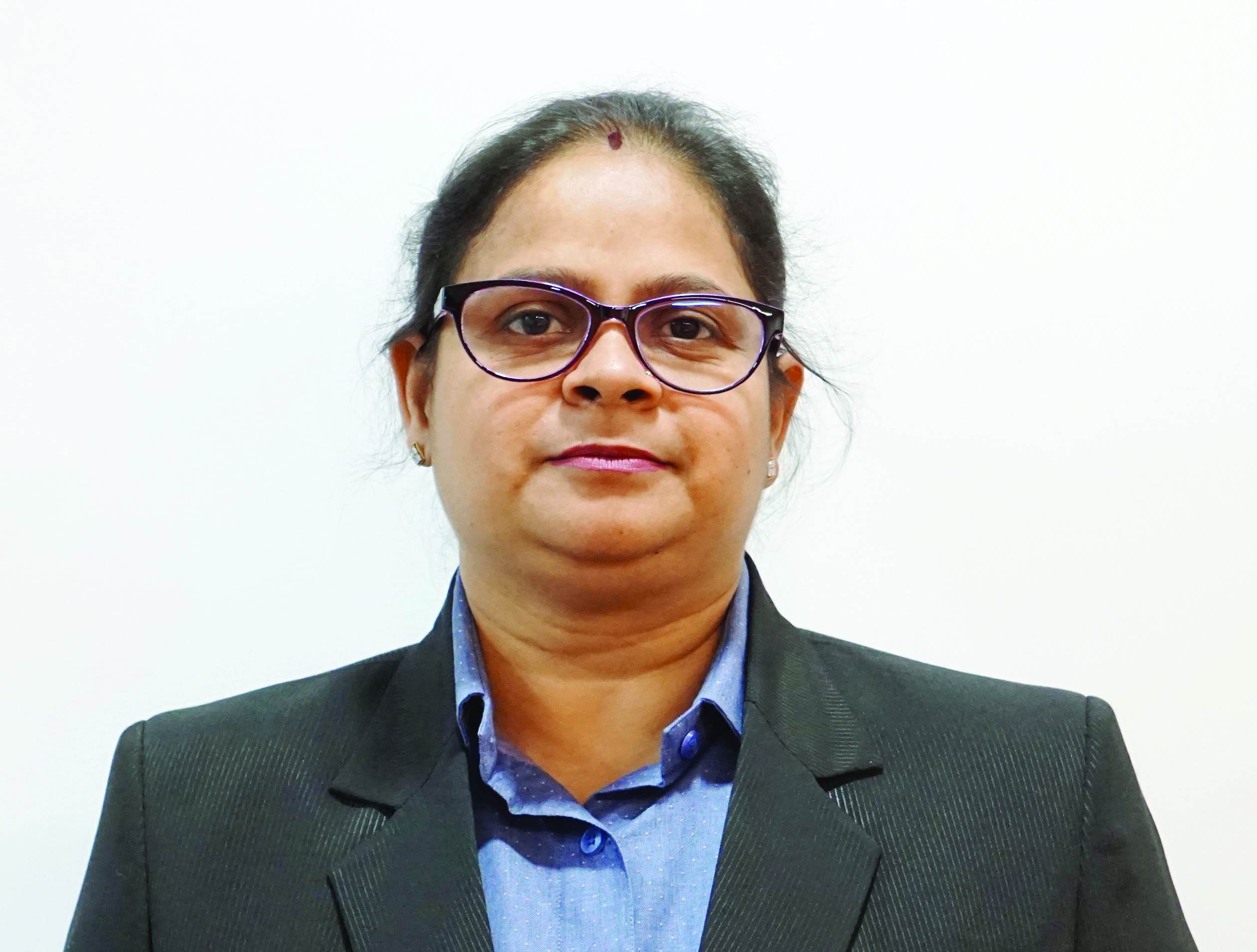 Preeti is an advocate enrolled at Delhi Bar Council, a registered patent agent and holds Master degree in Bio-Chemistry. She has over 18 years of experience in patents related work relating to pharmaceuticals, inorganic chemistry, biochemical, medicinal chemistry, organometallic, and Oil and Gas Chemistry. 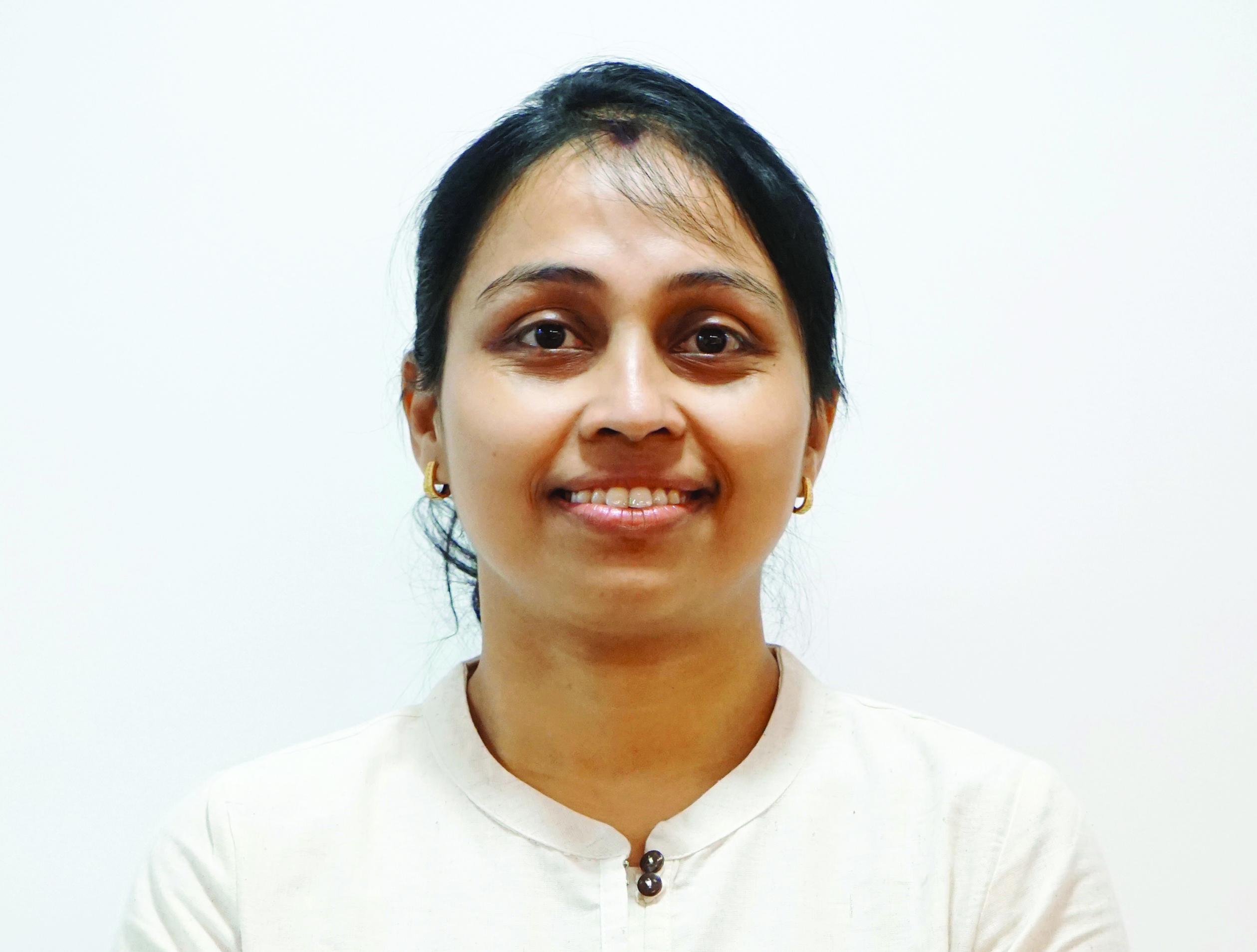 Indrani holds a PhD. degree in Pharmaceutical Technology from Jadavpur University (Kolkata) and currently works as an Associate with Lexorbis. She is also a registered Indian patent agent. Her responsibilities at Lexorbis include drafting patent applications and office action responses at both Indian Patent Office and Foreign Patent Offices, including USPTO and EPO. With about 2 years of experience in Drug Regulatory Affairs and around 2 year of experience in IPR, Indrani has sector-focused expertise in the field of pharmaceuticals, chemical, organic chemistry, oil & gas, and nanotechnology, petrochemicals, and material science. Moreover, Indrani has more than 30 International publications in peer-reviewed journals, book reviews and chapters to her credit in the fields of pharmaceuticals. She has also delivered talks on drug design and molecular modeling at various international and national conferences.