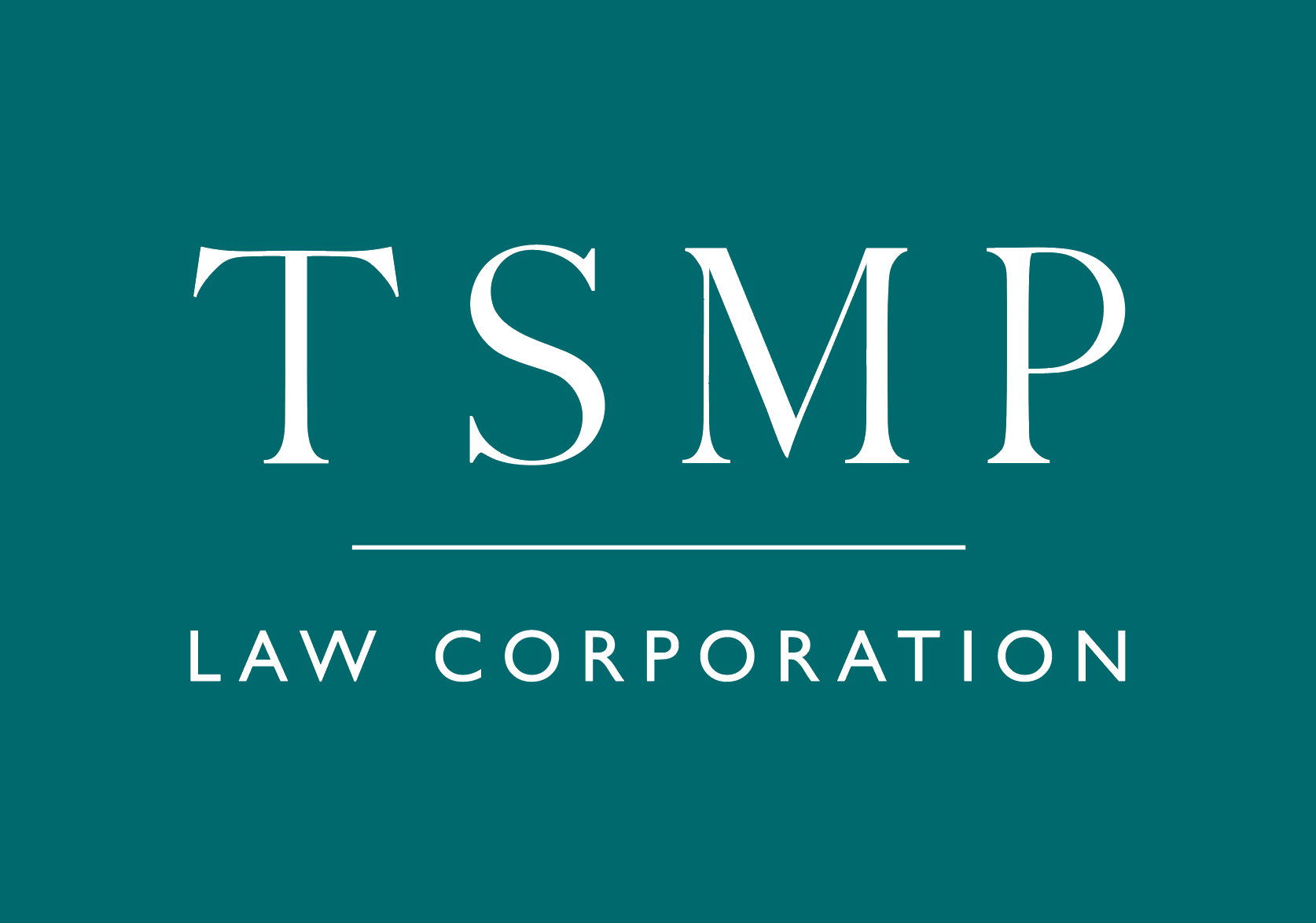 What lies in the new frontier of investment regulation?

On May 26, the New York Times reported that the US Justice Department had dropped investigations into three US senators’ stock trades conducted shortly after they had been privately briefed on the novel coronavirus in January. The politicians had dumped millions of dollars of shares in Exxon Mobil, tech giants and real estate companies, some of which later lost value when markets plunged.

However, investigations continue into Senator Richard Burr who, as chairman of the US Senate’s powerful Intelligence Committee, received daily briefings on the virus’ spread and its geopolitical impact. Mr Burr had unloaded between US$628,000 (S$875,000) and US$1.7 million of shares in 33 companies.

Covid-19 has kneecapped the global economy. Thousands have perished, but millions will lose their livelihoods. It is disgraceful that officials, in the receiving frontline of breaking news, might have used this information to cut loss or take profit.

Using privileged information for market gain or to reduce loss constitutes insider trading. Free markets are only effective when market participants have parity of information, hence our regulators' constant calls for transparency in disclosure. But the bar for insider trading is set laughably low in the US, where you often only have to show that you did not know you had material non-public information.

Contrast this with Singapore, where the Securities and Futures Act (SFA) criminalises securities transactions merely because you possessed material, non-public, price-sensitive information at the time. You need not have intended to use the information for the transaction, to be found guilty. These laws, along with others on market manipulation and false trading, are rigorously enforced in Singapore, and form a key pillar in upholding our international financial hub status.

Capital markets crimes could apply to the private business world

The arm of the law is long and tireless in policing our stock market, but the commercial world operates with more freewheeling licence. It might surprise most businessmen that SFA protections extend beyond listed securities. The Act covers shares, debentures and holdings in other legal structures - bringing dealings in private company shares within its ambit.

Take the hypothetical example of a sleepy, unlisted Singapore surgical mask maker. Business has been steady but predictable for its 20 years’ existence; even Sars did not move the needle as only N95 masks were impermeable to the virus. Then one day this January, before the coronavirus’ full horror had dawned upon us, its 50 per cent shareholder receives an astronomical offer from a Chinese state-owned enterprise (SOE) for the whole company. The SOE intends to ramp up mask production for mainlanders because of a strange disease spreading from Wuhan. Withholding this information, the shareholder buys out his business partner for a song, immediately flipping the company for a whopping profit.

This is a textbook case of insider trading, and is in fact an offence under the SFA. But such transactions are not uncommon in the world of private enterprise; few businessmen will consider that this canny corporate move could amount to criminal misconduct. Up to now, the regulatory spotlight has shone on areas where the public, in the form of vulnerable retail investors, are at risk. Entrepreneurs are expected to be savvy enough to look after their own private interests.

But listed stocks are not Singaporeans' most popular investment target; that title goes to real estate. Interestingly, the law is silent on insider trading in property transactions. An academic paper produced by the National University of Singapore earlier this year tested the boundaries on this, when it claimed that there was insider dealing among developers: Top real estate executives were said to play golf together more frequently after announcements of Government Land Sales programmes, and their companies’ winning bids were generally 14.4 per cent lower than in tenders where bidders had not met on the fairway. It was a claim that was hastily dropped after a vigorous rebuttal from the industry's main association.

In any event, the law does not prohibit insider trading in land. Instead, the government relies on hefty stamp duties to discourage market churning, and the Official Secrets Act to punish anyone who front-runs events such as new laws, zoning or taxes that would move property prices.

But the investment world is changing. Since the Global Financial Crisis, more wealth has moved to new trading platforms and alternative asset classes. Is there a case to be made for re-looking investment regulation in these markets?

Consider the art market – a fascinating world where auctions conducted by Sotheby’s and Christie’s are its high theatre.

Let’s say a newly minted billionaire who made his fortune in pork wants to burnish his profile by publicly buying a work that will brand him a member of the cultural cognoscenti. He sits in the front row as bidding starts. His target: a painting composed completely of regularly spaced coloured dots. Paddles are furiously raised. The auctioneer announces drastic price leaps in a strangely compelling voice, pointing to bidders in different parts of the room.

Carried by momentum, convinced he is up against a Russian oligarch phoning in bids, the pig farmer brandishes his paddle. The gavel comes down and he secures the painting for a record-breaking price. What he does not know is that the early bids were orchestrated, with the auctioneer nodding to the ceiling at imaginary offers. Called “chandelier” bids, they are perfectly legal so long as the "offer" is under the reserve, a price below which the work will not be sold.

Crucially, this price floor is not disclosed. Nor is the fact that one of the remote bidders is the work’s owner aiming to prop up its value. The porcine product purveyor has been manipulated into paying more than he otherwise would. Such actions, which would be market manipulation on a securities exchange, are par for the course in the art world, valued at US$64 billion globally.

Still, rich people problems. But what of our own backyard?

Our law principally focuses on listed securities to protect retail investors. But innovative asset classes, such as cryptocurrency (where the market is estimated to be worth US$275 billion) and utility tokens (which are even harder to understand) are now appearing on the public’s trading dashboards. Certain cryptocurrencies like Bitcoin are largely unregulated except for money-laundering risks, although other types of digital assets with characteristics of securities do come under the SFA.

Say you have Bitcoin holdings and have started your own cryptocurrency exchange. The value of your assets is not growing as quickly as you want so you orchestrate a large number of Bitcoin trades on your exchange, buying and selling small volumes in a series of transactions. This creates the impression of liquidity and demand, encouraging punting by millennial day traders, a new generation of retail investor able to start trading with a mere three-figure start-up capital. As Bitcoin prices rise and fall, so does investor activity, and trading volume on your exchange explodes. You have achieved an exponential jump in the size of your portfolio and, as the worth of an exchange is often measured in the liquidity it handles, you are now the owner of a much more valuable trading platform.

In many areas of the law, Singapore is a regulatory price-taker, and rightly so. Being the first mover in imposing novel laws brings the risk of stifling activity and rendering ourselves unattractive to investors. But innovative and increasingly complex investment products are coming onto the market faster than you can say “Satoshi Nakamoto” (the pseudonym of Bitcoin's mysterious inventor).

Stock exchanges are losing ground to secondary trading platforms, private equity players and investors hunting for novel ways to get rich. Perhaps our regulatory net needs to be cast wider. Some say the SGX has been unfairly disadvantaged by excessive regulatory shackles. Who knows, applying laws more even-handedly across new asset classes may level that playing field and bring the exchange back into fashion.

A version of this article ran in the Business Times on 27 June 2020 under the headline “Of asses, art and alternative assets”.