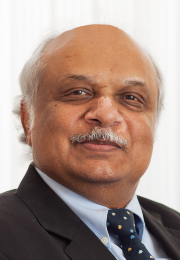 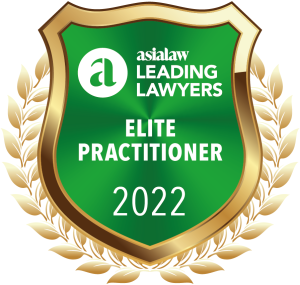 Career highlights: Hari Subramaniam has a background in medicine, biological and life sciences, physics and chemistry. He was registered as a patent agent and admitted to the bar in 1981. He has been in practice for 40 years, specialising in all aspects of intellectual property law.

In the course of his career, Hari has filed, prosecuted, defended, opposed and/or enforced (directly or in a supervisory capacity) over 45,000 patent matters in India and abroad. As an expert witness before the Joint Parliamentary Committee for the amendment of Indian patent laws, Hari was instrumental in bringing into effect the pharmaceutical product patent regime in India. He is a member of several high-powered IP committees, is part of a task force on patents for the Confederation of Indian Industries (CII) and is a faculty member on the Technology Information Forecasting Assessment Cell (TIFAC), Government of India. He was also part of a three-member delegation deputed to Mauritius by the Indian government to advise the Prime Minister of Mauritius on the amendment of Mauritian patent laws.

Hari was nominated by the World Intellectual Property Organisation (WIPO) to conduct workshops on the Patent Co-operation Treaty (PCT) and as a tutor for patent specification drafting techniques. He is on the teaching faculty of a number of legal and technical institutes in Delhi, Mumbai, Bangalore and Hyderabad. Many of his former and current students hold important positions in the IP departments of law firms and in the corporate sector. He is also regularly invited as faculty member or speaker for seminars, conferences and patent awareness workshops conducted by the Government of India, WIPO, the American Bar Association (ABA), International Trade Marks Association (INTA), Association Internationale pour la Protection de la Propriété Intellectuelle (AIPPI), Asian Patent Attorneys Association (APAA) and universities across the world.

Hari the only person to have been elected President of the India chapter of APAA twice. He was the International Vice-President of APAA for 13 consecutive years until 2016, and has been a Councillor of APAA for 20 consecutive years. He was one of four Indian attorneys featured in the cover story of the March 2014 issue of Asia IP, entitled “50 Patent Lawyers One Should Know”. Other than the various awards he frequently receives for his long-standing expertise and excellence in intellectual property law, he has also been nominated as “Patent Attorney of the Year” in India on numerous occasions by several leading legal publications.