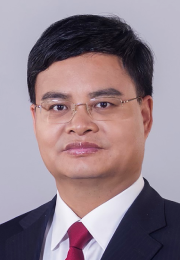 Qinghui (Nick) Liu is a highly experienced and respected lawyer who concentrates his practice on the full spectrum of intellectual property, antitrust and competition, litigation and arbitration.

Prior to joining Anjie Law Firm, Dr Liu served as an IP judge in the Beijing High People’s Court. He had tried more than 2,000 IP cases, including civil cases regarding patents, trademarks, copyright, trade secrets and unfair competition disputes, as well as administrative cases regarding patent re-examination, patent invalidation, trademark re-examination and trademark invalidation, many of which had a profound impact on the IP industry practice. Dr Liu especially specialises in cases regarding SEPs, pharmaceutical patents, trademarks and trade secrets.

Dr Liu published three IP-related academic monographs, Guideline for Patent Infringement Litigation in China, Application of the Law on Invention/Utility Model Administrative Lawsuits – Rules and Cases and Liability of Internet Service Providers on Indirect Intellectual Property Infringement. These books received wide acclaim among lawyers in China and are regarded as guidelines for resolving various IP-related issues. Dr Liu has also published many influential IP-related articles and essays in some well-known journals and magazines.
Dr Liu is often invited as a guest of honour by major IP conferences and conventions, where he has delivered keynote speeches on patent administrative litigation practices and issues, the rules for determining patent infringement and interpreting patent claims, and the rules for determining trademark infringement, among other topics.