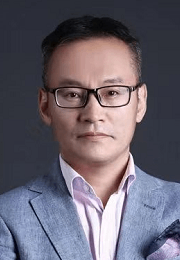 Michael Gu is a founding partner of AnJie Law Firm based in Beijing, having previously been a principal competition partner at another leading PRC firm. Michael also spent five years at the competition practices of Linklaters and Allen & Overy. His work covers all types of antitrust matters in China, including merger filings, antitrust investigations, antitrust civil litigations and compliance audit and trainings.
Michael Gu has a strong background in both legal education and economic research. He studied EU competition law under the EU–China legal and judicial co-operation programme, sponsored by the PRC Ministry of Justice and the European Commission, from 2002 to 2003. He also has a master’s degree from the China Centre for Economic Research at Peking University.
As a competition law pioneer in China, Michael has secured merger clearance from the Ministry of Commerce of the PRC (MOFCOM) and State Administration for Market Regulation for numerous transactions involving a variety of industries (eg, healthcare, pharmaceutical, electronics, manufacturing, consumer products, telecommunications, transportation, energy, financial service). In 2008, Michael successfully submitted the first merger filing under the Anti-Monopoly Law which also received the first approval from the anti-monopoly bureau of the MOFCOM. Michael has also represented clients in high-profile antitrust investigation proceedings, antitrust civil litigations and leniency programmes. In addition, Michael frequently provides strategic preventive advice to clients with respect to the potential antitrust risks associated with distribution agreements, IP licensing, restrictive measures, exclusive dealings, marketing events, pricing and bidding process, etc.
Michael mainly serves Fortune 500 companies, large state-owned enterprises and leading equity funds.
Michael has actively participated in the drafting process of the PRC Anti-Monopoly Law and its amendments and implementing rules. He has submitted numerous suggestions and comments to the relevant legislative authorities.
Michael has been recognised as a leading lawyer in antitrust/competition by many international guides including Chambers & Partners, WWL, The Legal 500, AsiaLaw and Global Competition Review. In particular, Michael was named as one of the top 100 lawyers in China by China Business Law Journal in 2016. He was also named as a Future Leader of competition law by WWL in 2017.
Michael has authored the China chapter of The Public Competition Enforcement Review for more than 13 years. He is a frequent contributor to many legal journals such as Competition Policy International, Competition Policy Research, China Business Law Journal, Asia Law Business and leading finance magazine Cai Xin. His publications regarding China antitrust law are well received, widely reproduced and quoted. Michael is also an external antitrust expert engaged by Beijing Administration for Market Regulation. In addition, Michael is a co-managing editor of the China Antitrust Law Journal published by LexisNexis.