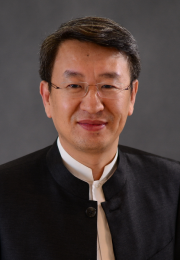 Banking and finance
Corporate and M&A

Mr Liu began legal practice in 1989; his areas of specialty include banking and finance,
and M&A. He is also highly regarded for his outstanding performance in the area of
financial services.

Mr Liu has actively represented a number of international and domestic banks, and has been involved in structuring, negotiating and preparing documents, as well as rendering legal opinions in many projects across various industries, including petrochemicals, semiconductors, steel, automobiles, power, water and toll roads.

Mr Liu’s work has earned him recognition as an “eminent practitioner” by Chambers
Asia-Pacific and Chambers Global (2020); as a “highly regarded lawyer” by IFLR1000
(2021); as a “elite practitioner” by Asialaw Profiles (2022) in the financial and corporate law chapter; and “Recommended Lawyer” by The Legal 500 Asia Pacific (2020). He was also named Dealmaker of the Year by China Law & Practice (2014) and by Asian Legal Business (2008).